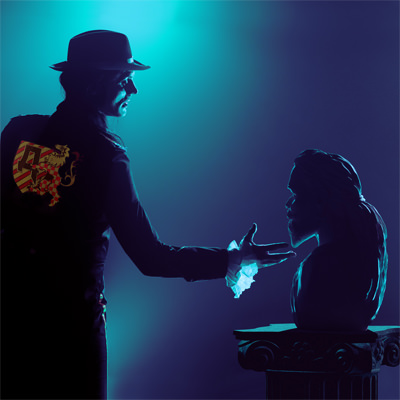 From the melodic harmonies of “The King Wants You”, to the neck breaking assault of “King’s Harvest” and the blistering guitar riffs of “Legend Of The King”, “Avatar Country” is nothing short of a 43 minute masterpiece.

Avatar have really started the year right with their 7th album. They clearly aren’t afraid to jump between musical styles, even during songs with “Legend of the King” being the prime example. This 8 minute onslaught of riffs, switches between melodic vocals & guitar, and hard hitting death metal-esque verses. “The King Welcomes You To Avatar Country”, with an upbeat country sounding rhythm and melody, is another very good example of style changes especially since it comes before “King’s Harvest”, which is possibly the heaviest song on the album. Having a country styled track amongst such intense songs is definitely a bold move, although, personally, I think Avatar were able to make it work. “The king wants You” is the melodic eye of the storm for this album with an upbeat catchy intro and riff throughout alongside vocal harmonies during the chorus, all before a more laid back guitar solo than there is in the rest of the songs, which is then followed by chanting and a grand finale chorus to send the song off.

After a narrative break in the album entitled ” The King Speaks”, follows a simply incredible song “A Statue Of the King”. Featuring happy sounding melodic choruses broken up by fast, technical and hard hitting verses. Close to the end it breaks into a heavy but happy interlude before the final chorus comprised of technical drums and guitar harmonies. Nearing the end of the album, Avatar decide to throw a ballad in entitled “King after King”. A grand chorus that could have an arena screaming the words back at them is the unexpected hook of this fantastic piece of work. The verses are much quieter than the chorus which gives the song a whole new level of impact. With an extremely melodic solo and one final chorus, even more dramatic than the last, it fades into a piano outro which paves the way for the final two-part song. “Silent Songs Of The King”.

Allan Craik is an NC music student at Perth College UHI, and also a multi-instrumentalist with a love of metal.