Another Bloodstock smashed out, come Hell or high water… Or high winds, as it were! In spite of adverse weather conditions, Anthrax stormed the Ronnie James Dio stage to deliver one of the ultimate highlights of the weekend.

The dust has barely settled from a stellar show, but tickets are already flying out for what is BOA’s 20th anniversary, in August 2020. In fact, camper van pitches have already sold out! As you rush to grab your tickets, don’t forget to help us out, by using our affiliate link, at no extra cost!

It already looks set to be a mind-blowing affair, yet again, with Sacred Reich, Vio-lence, Butcher Babies, The Black Dahlia Murder, Dark Tranquility, and Skindred announced before the end of show this year. 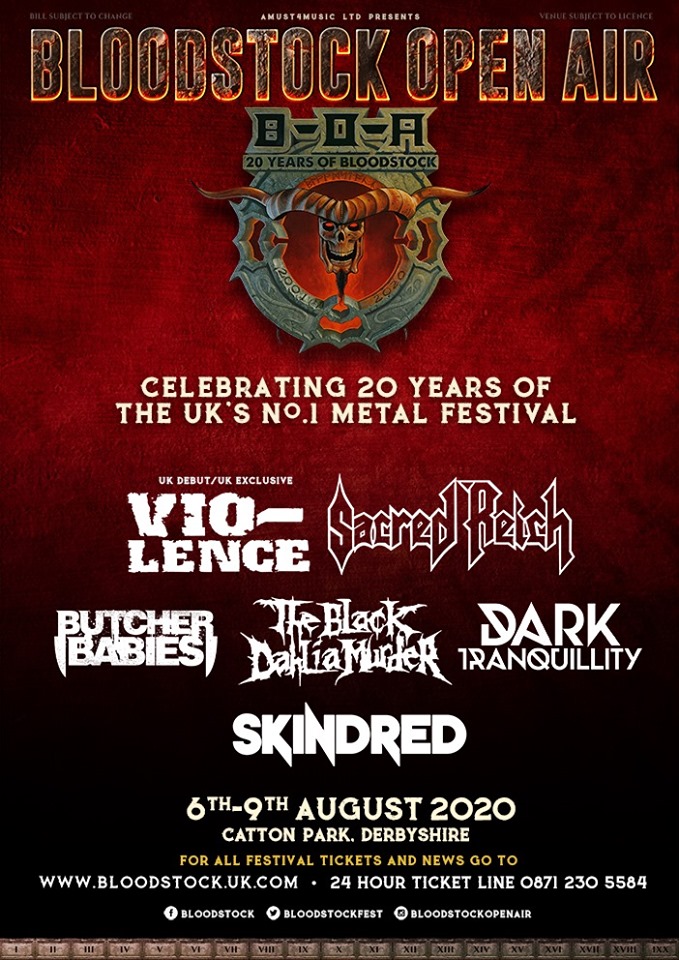