Act Of Defiance, featuring the guitar skills of Chris Broderick (formerly of Megadeth/Jag Panzer), are heading to Europe, taking in some UK dates, including an appearance at Bloodstock Open Air

After a recent signing to Enso Music Management, Seed Of Sorrow have joined forces with Edinburgh’s Perpetua to take their far-North death metal into English realms in March. Tour dates as below.

UK doom lords Conan are currently hard at work on the follow-up to 2016’s Revengeance. The fresh platter will claw its way into being via Napalm Records August 31st, under the title Existential Void Guardian.

Brutal and catchy, and with a horrid name, none-the-less, Foul Body Autopsy will soon be self-releasing a second full-length. The one-man project births This Machine Kills Zombies on March 24th. 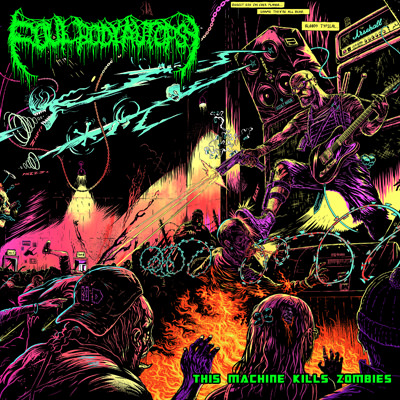 Six Feet Under head across the sea to Europe for their Lord Of The Underworld 2018 tour in May. They will be joined by Infernal Tenebra, Morose Vitality, and Critical Mess.

For any who may have missed if, Primordial have kicked off promotion of their upcoming Exile Amongst The Ruins album (to be released March 30th via Metal Blade Records) with a video for the track To Hell Or The Hangman.