Ever pushing someone’s buttons, US outfit Otep have put out a lyric video for the revolutionary themed To The Gallows, from their upcoming Kult 45 album. We believe it may have irked a few Donald Trump supporters, judging by the YouTube comments section…

Old school Canadian metallers Cauldron are gearing up for the release of their fifth album, New Gods via Dissonance Productions, with promises to appeal to fans of previous release In Ruin.

Japanese metal-punks Suzisuzi have been streaming new album Microphone’s Counter Attack over at Noisey. This is absolutely perfect summer music. It’s demented, frantic, and fun. What more could you want? Oh, also, they like beer.

The utterly brutal Posthuman Abomination summon their debut album into being on June 8th, via Comatose Music. Titled Transcending Embodiment, this insane assault is far more intense than its moniker may suggest. Sad news for fans of German death/thrash unit Dew Scented, as they have decided to call it a day. The band say that the level of commitment they think DS deserves “simply isn’t possible anymore because of how life otherwise evolved throughout the years.” They’ll be wrapping up with a short string of live home country dates. 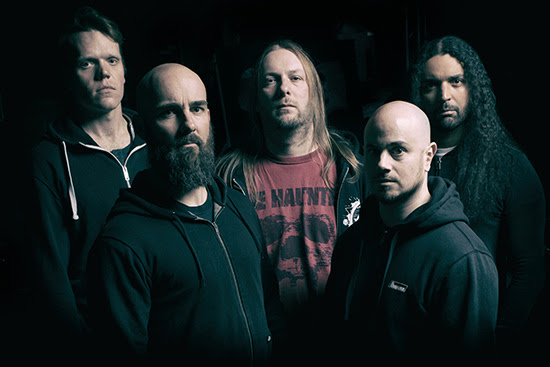 Swedes Monolord are bringing doom, doom, doom to the USA this August, with a tour in continuing support of their 2017 Rust album.

After a delay to the release of their upcoming album The End Of Chaos, legendary Phoenix thrashers Flotsam & Jetsam have released one final lyric video from their last eponymous opus. More killer visuals from Very Metal Art. Here’s Monkey Wrench.