Drop-tuned grunge outfit The Rocket Dolls have released a video for their Alice In Chains-esque DeaDHead track from their upcoming album of the same name.

Northern Scottish fest Full Metal Haggis have announced the full line-up for their May 26th/27th event, now including Drekavac and Disposable. For full details, check here.

Flotsam And Jetsam‘s 1986 classic Doomsday For The Deceiver will be seeing a re-issue April 27th via Metal Blade. EU exclusives include cannabis green or red/white marbled, and orange & black/red/white/splattered vinyl. 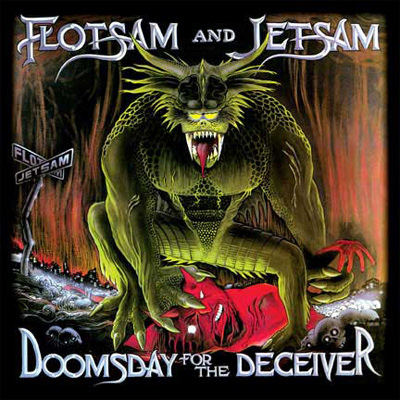 Swedish death metallers LIK have announced the pending arrival of their next face-melting album Carnage. If you can’t wait for the May 4th release date, get your fix with the video for single Rid You Of Your Flesh.

Edinburgh based Perpetua have announced a single to be unleashed on March 25th, stating there’s no cleans in this track, just aggressive, chunky riffs!

The Heretic Order, are launching a three pronged attack, signing to Massacre Records, readying their second album, Evil Rising, and preparing for a UK wide tour supporting Pist.On on the following dates.