It’s been a long time since I had a chance to catch Entombed live. 1998 Ozzfest at Milton Keynes Bowl, actually. I was much less familiar with them at the time, but seeing them up on a big festival stage was a treat, none-the-less. A lot has changed in the meantime, not least of all, the splitting, of sorts, into Entombed AD and Clandestine/Entombed. The former has only ever featured vocalist L G Petrov, who wasn’t even a founding member. However, I have to admit, I was rather excited for this re-acquaintance. Stepping into the venue only amplified this anticipation. Futurum is a sizeable venue, don’t get me wrong, but it is much more up close and personal than I was expecting. More of a giant pub than a concert hall. It’s fantastic. 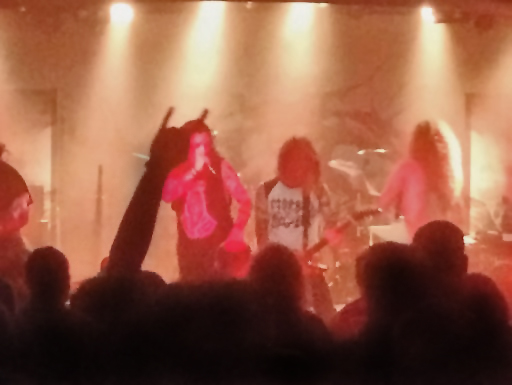 In no time, the main area is pretty swamped with eager bodies, and openers, Baest, spare no gas, kicking off a nitro-blasted assault of death metal. The venue is soon rammed, but folk just seem to keep appearing during their set. Apparently, the memo got out that this was one not to miss. Deservedly so, as the band present loads of character on stage, and not just from the twitching frontman. There’s no let up, as the Danes thunder through, grinning maniacally from ear to ear, right into the front row of happily decimated faces. (Grade: A) 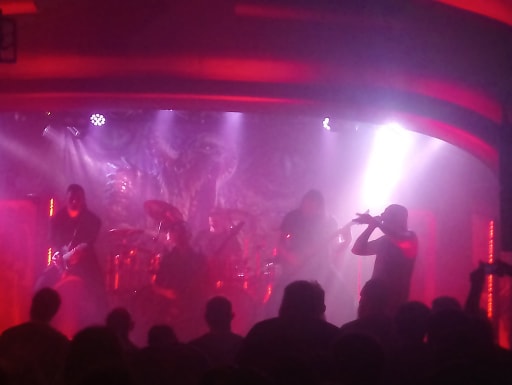 It’s a tough bar to reach, but Aborted seem ready to stretch up, slowly but surely. From swaggering on stage in nonchalant fashion, they build up to full physical sway by song two. Their stage set is fucking fantastic, too. From the piked skulls of alien specimens to the Victorian display cases of full-size, dessicated human corpses, to their pyroclastic fogger cannons, they transform Futurm’s stage into a nightmare basement. The atmosphere is palpable, and by the time Necrotic Manifesto closes, utter carnage is in the air. We’re long past the point of verbally demanding pits, as the front quarter of the room erupts independently. (Grade A+) 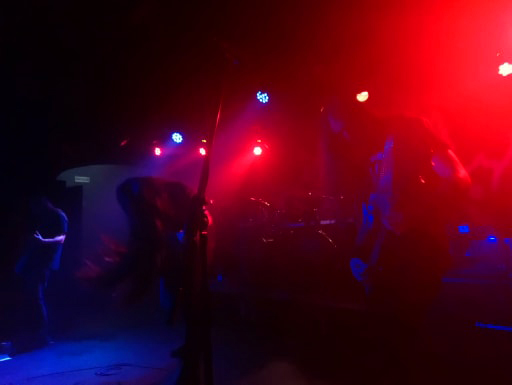 As cool as the theatrical effects are (and lord knows I’m a sucker for them, when backed up by solid music of course), Entombed AD smash onto the stage with all the props and finery dispensed, relying wholly on the power of relentless beats and riffs, spanning a huge cross section of their history. With no barriers, a three foot high stage, and the crowd swapping sweat with the band, Petrov is clearly happy as a hog in excrement. Anyone wanting to get close enough for a handshake, at any point, is willingly obliged by the appreciative vocalist. While it seems like the audience would have stayed all night, no-one is disappointed when affairs have to come to the inevitable close. This wasn’t just an event. It was an experience to take home. (Grade: A+) 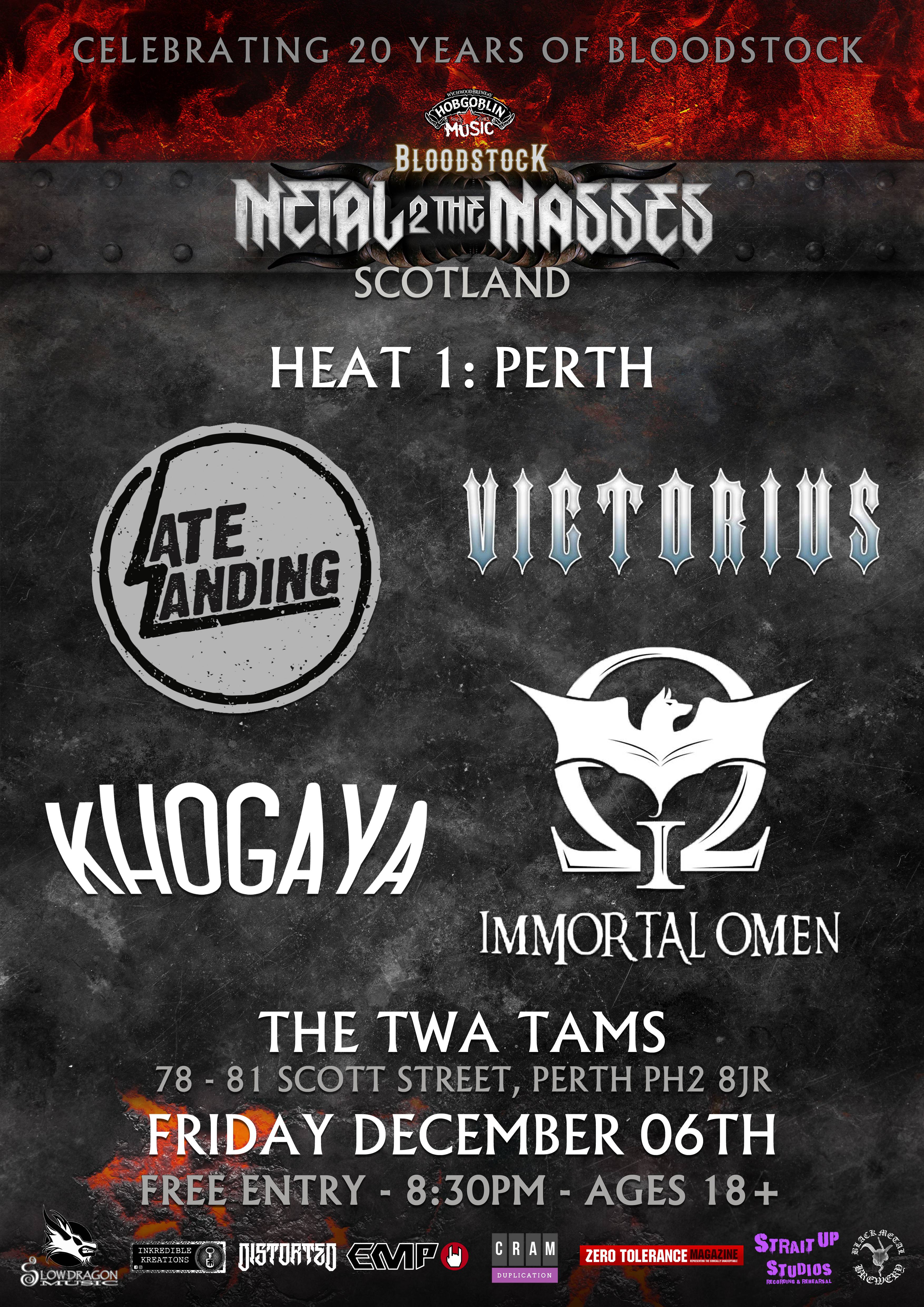