English thrash machine, and Hordes Of Belial – Nine Lives headliner, Solitary are going live on the mainland this October. They will be taking in a 3 date tour of the Netherlands, returning to join Xentrix and Re-Animator, supporting Lawnmower Deth at their Camden Underworld special Christmas show.

Solitary themselves say “We are really pleased to be heading back to The Netherlands again, and we’re thrilled to get the opportunity to go back to Scotland and play at  Hordes of Belial – that’s going to be something special.” As for joining a truly epic thrash bill, vocalist/guitarist Rich Sherrington declares “I don’t think we could have wished for a better show to end the year. It’s an absolute honour to be asked to join a bill of that magnitude and as always we’ll be firing on all cylinders – we’ll need to be at the top of our game considering the bands that we are opening for.” 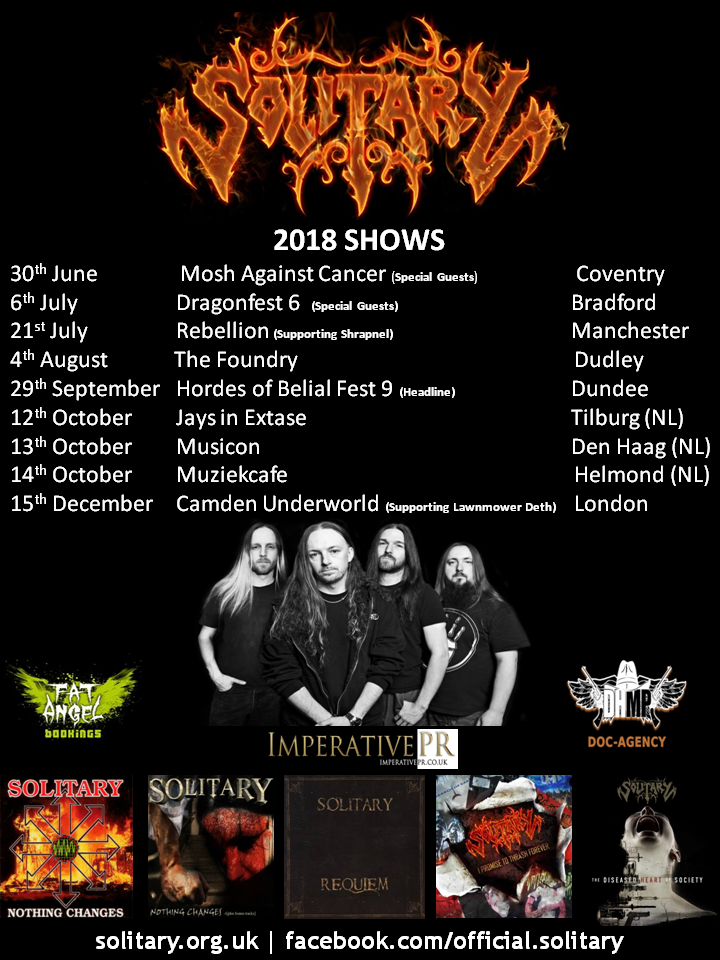 As if all that stage action was exciting enough, August 2018 marks the release of a special 20th anniversary edition of their 1990s classic Nothing Changes. With “new artwork, a host of bonus tracks and just a little injection of modern studio wizardry“, released via DOC Records, it will only be available on CD. We’re assuming that means a lot of them will go out at live shows, so it might be an idea to put your feet to the floor for this!